The Polem silos on the side of the barn stand out immediately. “That was also one of our arguments; the total appearance, including the appearance of the flat bottom silos. Peter and I both like them," says Styn Claessens. They opted for the green silo roof. “That suits Yverde well. In Spanish ‘verde’ means green.”

Proven technology
Claessens and Janssen built the new company in Ysselsteyn in just six months. “In 2017, when we bought the neighbour’s farm, we started making plans and applying for building permits,” Styn recalls. The first drawings already showed Polem silos. Two flat bottom silos of 60 m³ each, good for 40 tons of laying poultry flour each.

The partners also have Polem flat bottom silos at their other farms. “It was obvious to us that we also installed Polem flat bottom silos at our new joint company. The biggest advantage of this silo is the prevention of segregation. It is a proven technique. We feed flour feed which gives a chance of bridging, but with these silos we have no problem with that. As a poultry farmer, you have no extra work with these silos.”

Easy working
For Yverde, the poultry farmers consciously opted for the 60 m³ size, so that an entire bulk truck can always be unloaded. “We have placed two silos near the barn and can always empty the silos. You can see the feed in the silo dropping evenly.”

Claessens explains that they have had a man hatch installed at the outlet pipe. “That is exactly above the takeover point. If the auger in the silo is broken, we can always feed easily.” There is a man hatch on top for easy cleaning of the silo. With vlog/non GMO it is mandatory to clean the silo every round. The poultry farmers also opted for a PVC vent pipe: “Simply simple, no filters that can be blown apart by the increasingly pressurised  bulk trucks.”

Styn Claessens concludes: “Our starting point is: What do we think is best? And that's what we choose. We are happy with these flat bottom silos.” 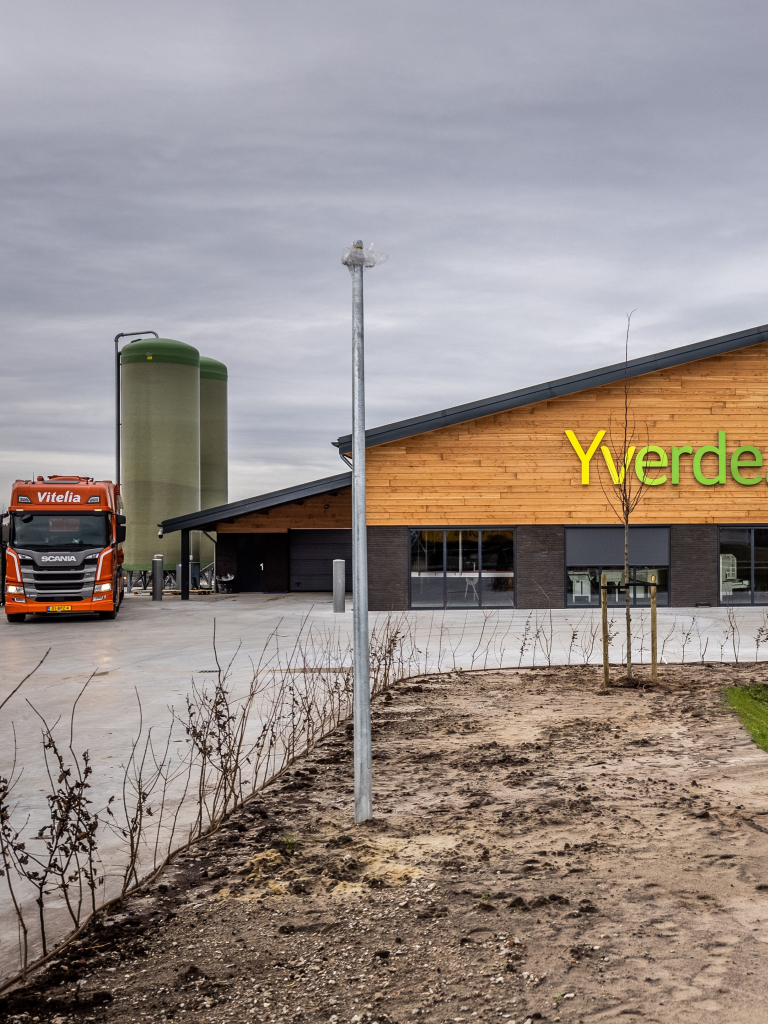